A legend in the Community Development field, Mr. Newton was instrumental in creating public-private partnerships and strengthening social-service infrastructures in Cobb and Gwinnett County. On the national level, he lobbied on behalf of his clients on Capitol Hill to secure additional grant funding. His encyclopedic knowledge of how Congress operated was simply without peer.

Mr. Newton was a visionary who saw the need for community development practitioners to form an organization to give them a voice in Washington. This resulted in the creation of the National Association of County Community and Economic Development (NACCED) which today represents the interests of those working with HUD Grant Programs at the county level.

Nick Autorina, President and Chief Executive Officer joined WFN in 1998 and has broad experience in the management and administration of federal grant entitlement programs.

Mr. Autorina has created various quantitative tools for the community development field such as the Community Asset Gap Analysis™, the Housing Opportunity Zone Matrix, and the Investment-Based Efficiency Model. He has authored various professional papers as well. He is a principal trainer and featured speaker at local and national workshops and conferences on emerging programmatic and regulatory issues relevant to the Community Development practitioner.

He has been called on to prepare materials or serve as an expert witness in both Federal and State Court cases involving HUD regulations regarding eligible uses, the Fair Housing Act, and other cross-cutting requirements.

Mr. Autorina earned a BS from Brenau University and a JD degree from Taft University School of Law in Santa Ana, CA. He is also credentialed by the Georgia Supreme Court as a licensed mediator and arbitrator in the State of Georgia.

In honor and recognition of his outstanding service in the Community Development field, WFN Consulting is pleased to announce the creation of the William Frank Newton Memorial Scholarship at the University of Georgia. This scholarship will be available beginning Spring 2022.

This scholarship will provide financial support to University of Georgia Students who are pursuing a degree in the field of Public Administration. 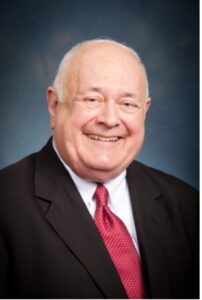 A legend in the Community Development field, his company has managed U.S. Housing & Urban Development [HUD] grant portfolios in Georgia for Cobb and Gwinnett Counties since the 1980s. Frank was instrumental in forming public-private partnerships and strengthening social service infrastructures in both counties. On the national level, he frequently lobbied on behalf of his county clients on Capitol Hill to secure additional grant funding. His encyclopedic knowledge of how Congress worked was simply without peer.

Frank was a visionary who saw the need for Community Development practitioners across the country to form an organization to give them a voice in Washington. This resulted in the formation of the National Association of County Community and Economic Development [NACCED] which today represents the interests of those working with HUD at the County level.

Frank’s infectious warm smile, wry sense of humor, and positive attitude left a positive impression on all who met him. In the office, Frank could usually be heard humming or telling one of his favorite jokes. He loved enjoying BBQ from Williamson Brothers.

On Tuesday, October 20, 2015, William Frank Newton passed away. He continues to be missed, but his memory and impact on Community Development lives on today in the work we do at WFN Consulting.